The types of textile softener

The types of textile softener

Softeners are the most diverse and the largest amount of dyeing and finishing auxiliaries. According to reports, among the 920 domestic and foreign auxiliaries samples collected by the Shanghai Institute of Printing and Dyeing Technology from 1990 to 1999, there were 350 softeners, accounting for 38%. So many varieties of softeners, based on their chemical structure, basically fall into two categories: long-chain aliphatic or high-molecular polymers. The long chain of hydrocarbons in the molecular structure of the long-chain aliphatic softener can be irregularly arranged in a crimped state to form molecular flexibility. The flexible molecules adsorb on the surface of the fiber to play a lubricating role, reducing the fiber and The dynamic and static friction coefficient of the fiber. 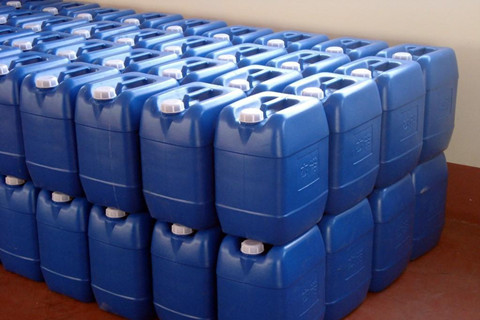 Therefore, the long-chain aliphatic structure generally has a good softening effect. In the softening agent, there are not only many varieties, but also a relatively large amount. Such softeners can be divided into anionic, cationic, nonionic and amphoteric types according to their ionicity. In addition, natural oils and paraffin wax softeners, because they are natural lubricating substances, can also be regarded as a separate category, but they are also classified into different ionic categories according to the ionicity of the emulsifier used. . High molecular polymer softeners mainly include polyethylene and silicone. The variety of polyethylene softeners is relatively single, and the dosage is less, and the dosage is also less. The main thing that uses more is the silicone softener. Since the main chain of polysiloxane is a helical linear structure that is easy to bend, it can rotate freely in 360 degrees, and the energy required for rotation is almost zero. Therefore, the molecular structure of polysiloxane conforms to the softening mechanism of textiles. It can not only reduce the static and dynamic friction coefficient between the fibers, but also reduce the intermolecular force and reduce the surface tension of the fibers. It is a soft finishing agent for textiles. Ideal material. Silicone softener is the fastest growing softener variety in recent years.

In addition to soap, sulfonated oil, etc., the anionic softener is mainly composed of cationic compounds or anionic and nonionic compounds with long chain alkanes such as stearyl succinate sodium sulfonate and stearyl ester sulfate. Generally, it has good wettability and thermal stability, can be used in the same bath with fluorescent whitening agent, and can be used as a softener for extra-white fabrics. It is also more suitable for cellulosic fibers, which can give fabrics better water absorption, but its adsorption to fibers is similar to that of direct dyes, which is relatively weak, so the softening effect is poor, and it is easy to be washed away. In addition, because it has a softening effect in the bath, it can be used for silk scouring to prevent scratches (grey scratches).

There are many kinds of softeners of this kind, and they are the most commonly used softeners at present.

Mainly because most fibers are negatively charged in water, cationic softeners are easily adsorbed on the surface of the fibers, have strong binding ability, can withstand high temperatures and washes, and the fabrics are plump and smooth after finishing, which can improve the wear resistance and wear resistance of the fabrics. It has a strong tearing force and has a certain antistatic effect on synthetic fibers. Therefore, it is widely used in cotton, nylon, acrylic and other fabrics, and this variety is also suitable for silk. However, some cationic softeners are prone to yellowing at high temperatures, accompanied by a decrease in light fastness.