Home » Information » Industry Encyclopedia » What is Amylase and its application?

What is Amylase and its application?

What is Amylase and its application?

Amylase is the general name of enzymes that hydrolyze starch and glycogen. It usually catalyzes the hydrolysis of starch slurry on fabrics by amylase. Due to the high efficiency and specificity of amylase, the desizing rate of enzyme desizing is high and the desizing is fast. Less pollution, the product is softer than the acid method and alkali method, and does not damage the fiber. There are many types of amylase. Depending on the fabric, the equipment combination is different, and the process flow is also different. The currently used desizing methods include dipping, stacking, jig dyeing, continuous washing, etc. Due to the small mechanical effect of amylase desizing, The water consumption is small, and the desizing effect can be achieved under low temperature conditions, and it has distinctive environmental protection characteristics. 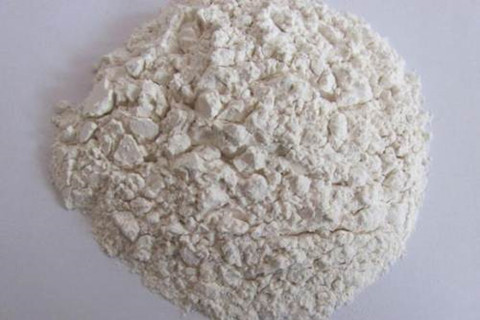 Amylase, Amy, and AMS generally act on soluble starch, amylose, glycogen and other α-1,4-glucans to hydrolyze α-1,4-glycosidic bonds. According to the different types of isomerization of enzyme hydrolysates, it can be divided into α-amylase (EC3.2.1.1.) and β-amylase (EC3.2.1.2.).

It is used in animals (saliva, pancreas, etc.), plants (malt, mountain vine) and microorganisms. Almost all microbial enzymes are secreted. This enzyme uses Ca2+ as an essential factor and serves as a stabilizing factor and activating factor. Some amylases are also non-Ca2+ dependent. Amylase acts on both amylose and amylopectin, cutting the α-1,4-chain inside the sugar chain at random indiscriminately. Therefore, it is characterized by causing a sharp drop in the viscosity of the substrate solution and the disappearance of the iodine reaction. The final product is mainly glucose when decomposing amylose. In addition, there are a small amount of maltotriose and maltose, which is hydrolyzed by fungal a-amylase. The final product of starch is mainly maltose and does not contain macromolecular extreme dextrin, which has a wide range of applications in the baking industry and the maltose manufacturing industry. On the other hand, when amylopectin is decomposed, in addition to maltose, glucose, and maltotriose, α-limit dextrin (also called α-dextrin) with α-1,6-bond in the branched portion is also produced. The general decomposition limit is 35-50% based on glucose, but in bacterial amylases, there are some as high as 70% decomposition limit (glucose is finally released);

The difference from α-amylase is that the α-1,4-glucan chain is successively cut in units of maltose from the non-reducing end. It is mainly found in higher plants (barley, wheat, sweet potato, soybean, etc.), but it has also been reported to exist in bacteria, milk, and mold. For non-branched substrates like amylose, it can be completely decomposed to obtain maltose and a small amount of glucose. When acting on pullulan or dextran, the reaction before cutting to the α-1,6-bond is stopped, so the limit dextrin with a relatively large molecular weight is produced. From the above-mentioned mode of action of α-amylase and β-amylase, α-1,4-glucan-4-glucanohydrolase (α-1,4-glucan 4-glucanohydrolase) and α-1 are respectively proposed, The name of 4-glucan-maltose hydrolase (α-1, 4-glucan maltohydrolase) is used.

γ-amylase (γ-amylase) is an exonuclease, which cuts α(1→4) chain glycosidic bonds and α(1→6) chain glycosidic bonds sequentially from the non-reducing end of starch molecules, cutting off the glucose residues one by one, and Similar to β-amylase, the free hemiacetal hydroxyl group produced by hydrolysis undergoes translocation to release β-glucose. Whether it acts on amylose or amylopectin, the final product is glucose.

Animals, plants, and microorganisms all produce isoamylase. The source is different, the name is also different, such as: debranching enzyme, Q enzyme, R enzyme, pullulanase, pullulanase and so on.

The α-1,6-glycosidic bond of amylopectin or glycogen is hydrolyzed to produce amylose (dextrin) of various lengths.

Mainly produced by microbial fermentation, the strains include yeast, bacteria, and actinomycetes.