Home » Information » Industry Encyclopedia » What is Flexographic printing ink and its application?

What is Flexographic printing ink and its application?

What is Flexographic printing ink and its application? 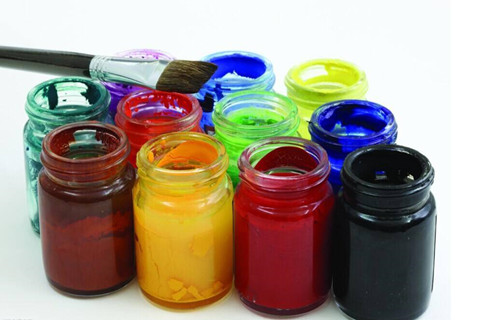 The dryness problem of flexographic ink

1. Type: As mentioned above, the flexographic ink is a liquid ink, and its drying method is to penetrate into the matrix (paper) or volatilize the solvent.

2. Preparation method: The solvent used in this low-viscosity (100-250cps) liquid ink is based on dissolving the polymer in the ink. The typical solvents used are water and alcohol, as well as a small amount of glycol ether, unitary and aliphatic hydrocarbons. The film-forming polymers are polyphthalamide, nitrocellulose, rosin, shellac, and acrylics, etc.-usually one of these polymers is used to modify the other (such as: nitrocellulose can increase heat resistance ; Polyphthalamide can increase gloss and flexibility). In most flexographic inks, two or more polymers or solvents are generally used to achieve a balance of performance. The flexographic ink system generally contains 7-15 different components. These components constitute the general components of pigments, polymers, solvents and additives used in typical flexographic inks.

The following is a brief description of the preparation of solvent-based inks and water-based flexographic inks:

About 75% of plastic inks use alcohol-soluble polyphthalamide resin, and its representative reference formula is as follows:

Note: *If white ink based on TIO2: is manufactured, this amount can be doubled, while reducing the amount of ethanol.

The following reference formula is "modified nitrocellulose" ink, which has good gloss and heat resistance, and is suitable for printing foils, coated cellophane and paper:

Component weight% Polyphthalamide resin 10S/S Nitrocellulose 5*Organic pigment 15 Filler 5 Plasticizer, wax 10 Ethanol 50 ester 5100 If you need to print ink for coating cellophane, then it is necessary to add the ingredients in the above formula The film agent, that is, modified rosin, is replaced with acrylic resin, so that it does not affect the heat sealing.