Home » Information » Industry Encyclopedia » What is Plant dyes and its application?

What is Plant dyes and its application?

What is Plant dyes and its application?

Plant dyes refer to the use of natural flowers, grasses, trees, stems, leaves, fruits, seeds, barks, and roots to extract pigments as dyes. 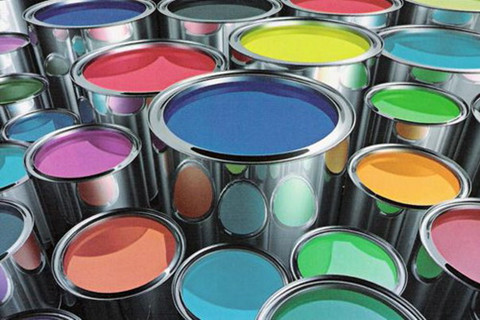 The technological utilization of vegetable dyes is the mainstream of ancient Chinese dyeing crafts. The amount of vegetable dyes produced and consumed in various periods since the Zhou and Qin Dynasties was quite large. In the Ming and Qing Dynasties, in addition to meeting China's own needs, they began to export in large quantities, and the amount of cochineal cotton made from safflower was exported to Japan.

Plant dyes are non-toxic and harmless, and will not cause any harm to human health. The fabric dyed with vegetable dyes is natural in color and durable; it has anti-insect and antibacterial effects, which is not available in chemical dyes. Especially suitable for children's clothing, underwear, footwear, car interiors, luggage, indoors, bedding, etc. The color fastness is high, which can meet the needs of actual use.

People are paying more and more attention to the environmental protection of plant dyes. Plant dyes are being re-emphasized. Domestic researchers are increasing. Recently, domestic companies have applied this research to textiles and clothing. In the field of home textiles, products will soon meet with consumers in the market.

Such a cycle of natural circulation is carried out, and it is regenerative. Plant dyes are directly taken from nature, and the formation of its own structure is entirely the result of natural growth. No chemical raw materials are involved in it, and there is no chemical damage to the human body. Moreover, the plant raw materials used in plant dyes are strictly selected, which are not only non-toxic and harmless, but also have medical and health care effects. In addition, the production process of plant dyes is essentially a pigment extraction process, leaving a certain amount of residues. These substances themselves are components of plants. After certain treatments, they can be used as high-quality fertilizers. From this point of view, from the perspective of ecological dye standards, vegetable dyes have superiority that is incomparable to synthetic dyes, and it is easy to understand that they are sought after by people. Based on this reasoning, plant dyes should catch up with or even surpass chemical synthetic dyes in the production and processing of ecological textiles. However, according to the current level of technology and resource conditions, there is still a considerable distance between the actual situation and the proper status of vegetable dyes.

Although plant dyes have excellent ecological properties, there are still a series of fatal weaknesses at this stage. In summary:

1. It is difficult to produce plant dyes in batches, because the content of plant pigments in plants is very low, which makes the cost of plant dyes very expensive. Plant dyes are generally extracted from fast-regenerating plant parts such as flowers, plants, fruit leaves, or plants that can be planted quickly.

2. The dyeing and use performance of vegetable dyes is not ideal. These performances have few colors that can be selected and their color matching is poor. They cannot be dyed according to any specified color. The dyeing process is complicated and the dye uptake rate is low.

For plant dyes to expand their competitiveness, they must overcome their existing Achilles' heels. From the perspective of scientific development, this possibility exists, and these problems can at least be partially solved. In view of the poor mass production capacity of plant dyes and the lack of color varieties, in fact, the use of bio-transgenic technology can solve this problem to a considerable extent. The current biotechnology has been quite developed, and it is believed that humans will be able to cultivate plant dyes to grow rapidly in the future. Genes, and then through plant cultivation, form a so-called specialized "plant factory" to produce many varieties of plant dyes in batches. It should be said that many problems in vegetable dyes can be solved through human factors.